A subdivision of Singer Island. 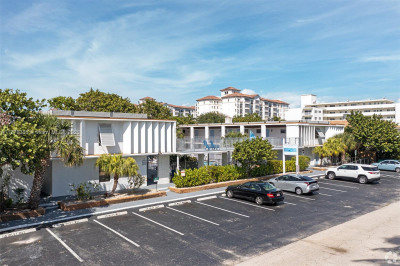 View All 11 Listings For Sale

A friend of mine who is a “local”, described Palm Beach Shores going back to the 1960’s…..”Back in the 1960s John D. MacArthur really made Singer Island famous. He also built Palm Beach Shores. His personal hotel on the ocean, The Colonnades, served as his personal residence and the coffee shop was his office. The television show Treasure Hunt was filmed there in the 1970s for 2-3 years.  The Sailfish Marina has had a Thursday evening crafts market forever since I was a child. There are all sorts of artisans, but everyone goes there to eat one of the famous grouper dogs. Yummy, I can taste it right now, beautifully deep-fried grouper filet in a hotdog bun with tartar sauce on top.”

Just over 1,000 residents live here, making Palm Beach Shores homes for sale a rare commodity.  The town is home to Sailfish Marina Resort.  The community has its own property owner’s association.  The private deed beach with a manned lifeguard station is for residents as is the new community center and playground.   The Marina has Jonny’s Longboats, Island Bar and Tiki Waterfront Sea Grill (with live music) Palm Beach Inlet, wide sandy beaches, and many shops.  Rent a kayak over to Peanut Island or charter a fishing trip.  So much fun!

Home ranges from condos such as Mayan Towers over the Blue Heron Bridge on Edwards (named after A.O. Edwards who built the bridge and was Mayor of the town in the 1950’s) to charming and quaint single-family homes built in the 1950’s to Mizner 5,000 newly built luxurious masterpieces.