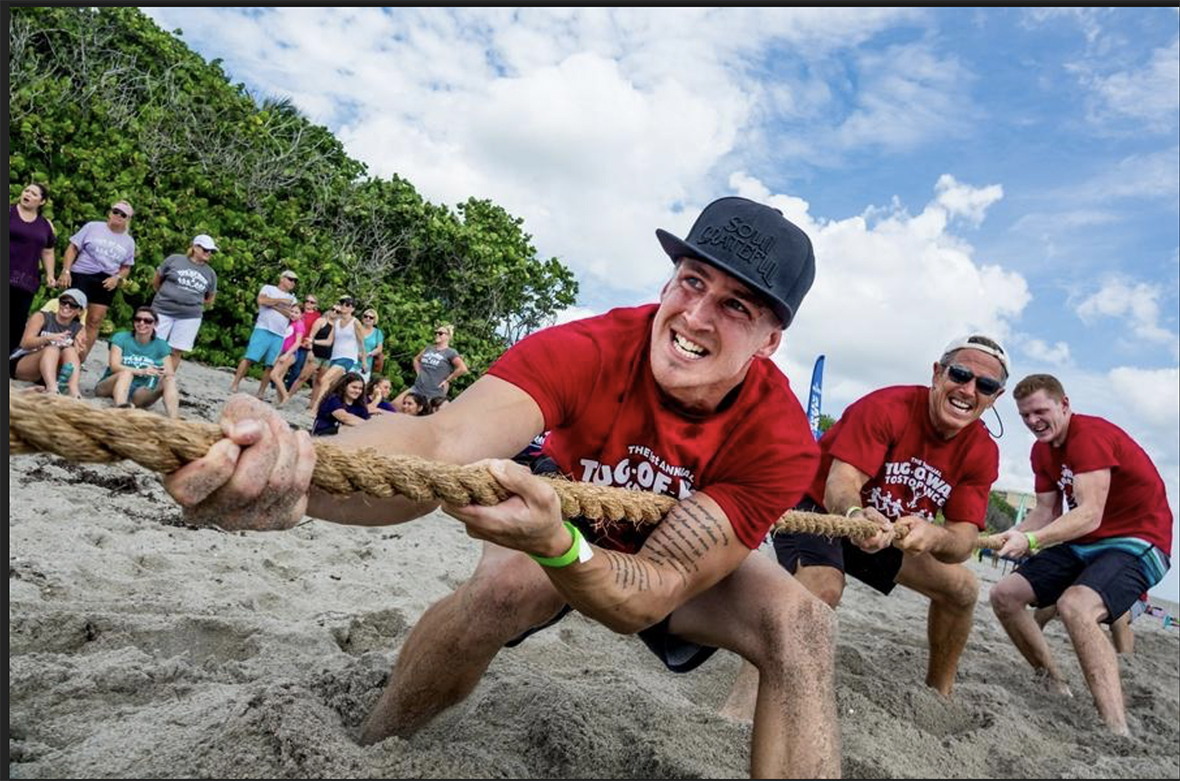 More than $15,000 was raised at a Jupiter tug-of-war tournament Sunday for the Kissil Laboratory at Scripps Florida.

JUPITER — A tug-of-war tournament held Sunday on the beach raised over $15,000 for a research laboratory at The Scripps Research Institute-Florida.

Fourteen teams competed in a bracket-style tournament next to the Jupiter Civic Center, with a squad from Cross Country Mortgage winning the top prize. Proceeds from the event will be sent to the Kissil Laboratory at Scripps, where researchers are doing work on an array of cancers, said Jeff Lichtenstein, president of event organizers Echo Fine Properties.

His neighbor, Joseph Kissil, runs the lab, Lichtenstein said. Kissil spends about a quarter of his time doing fundraising efforts, Lichtenstein said, so he hopes the tug-of-war proceeds help his neighbor and lab colleagues focus more of their time on cancer-related research.