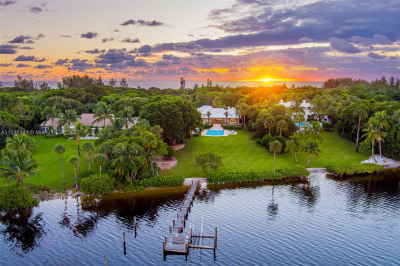 View All 31 Listings For Sale

Jupiter Island homes are some of Florida’s most exclusive and luxurious real estate. The unmatched beauty, quality and uniqueness of these homes and properties coupled with a growing desire for privacy have attracted the rich and famous alike. Most Jupiter Island real estate for sale is built on one and two acre parcels. These are often well shielded from the public with private access and ocean-facing homes on private beaches. Jupiter Island offers a historic natural setting with breath-taking views of the Atlantic and Intracoastal waters.

Jupiter Island homes are the centerpiece of the single wealthiest community in the United States. Florida’s Jupiter Island is the third and southern of a triad of Barrier Islands located off the border of Martin County’s Treasure Coast, directly north of West Palm Beach and Palm Beach County. The 17-mile-long, famous island’s reputation for wealth and exclusivity was established in 1715 with an unexpected encounter with wealth when the Spanish Plata Fleet suffered shipwreck and complete loss of its cargo of silver and gold coins destined for the Spanish treasury. Modern-day treasure seekers may still find pieces of the Spanish treasure washed up and buried just below the surface of beach sand there.

Of far greater value are the present day homes in Jupiter Island; made so by the wealthy and famous, from Greg Norman to Tiger Woods, who established the top price range of $40M that he paid for his estate in 2006.

Jupiter Island’s first recorded history was as part of the Gomez Grant. This was a land grant from the King of Spain to Eusebio Gomez in 1815, as a reward for faithful service and includes not only Jupiter Island but almost all of what is now mainland Hobe Sound.

The land was divided and re-divided among the Gomez heirs and others and much of it was sold in the early 1900s to a British land development company that went bankrupt in the late 1920s. The extensive land holdings of the corporation were acquired by a group of friends who enjoyed staying at a small Island hotel with the idea of conserving the natural beauty of the Island and this has been the aim of the original owners, their heirs, and others who have purchased land and built homes here. In fact, much of the Island has been given to the U.S. Fish and Wildlife Service, Audubon Society and the Nature Conservancy for wildlife refuges and preservation of the natural ecology.

Jupiter Island was incorporated as a town in 1953 and enacted strict low density zoning which has preserved its natural beauty probably better than any other populated barrier island in existence. One and two-acre zoning is the norm for single family residential homes and no high rises or multiple family dwellings are allowed. The town has its own government, including mayor, commissioners, a fire department, and a police force with probably the highest ratio of police to residents in the United States. There are currently 468 homes on Jupiter Island.