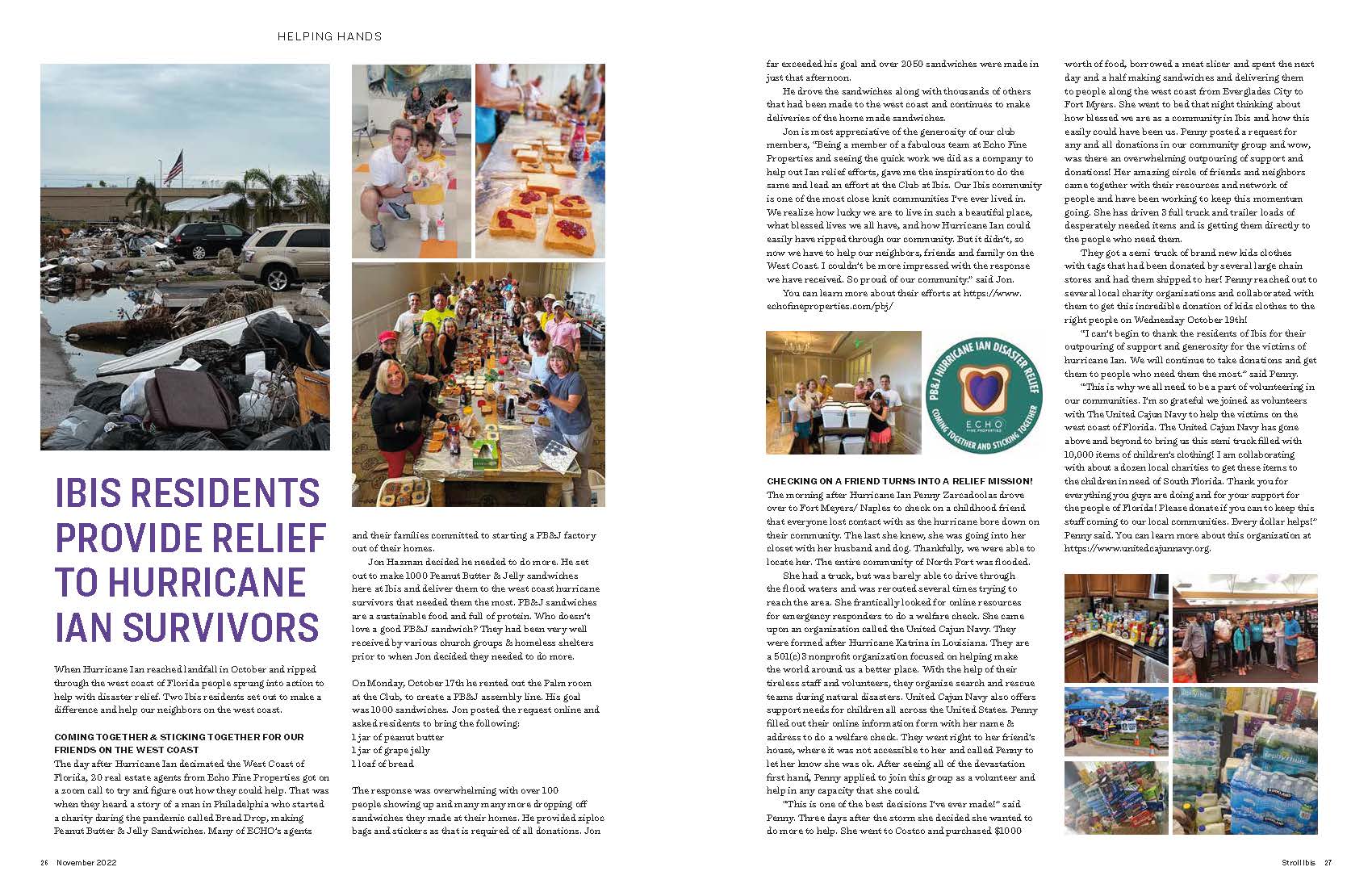 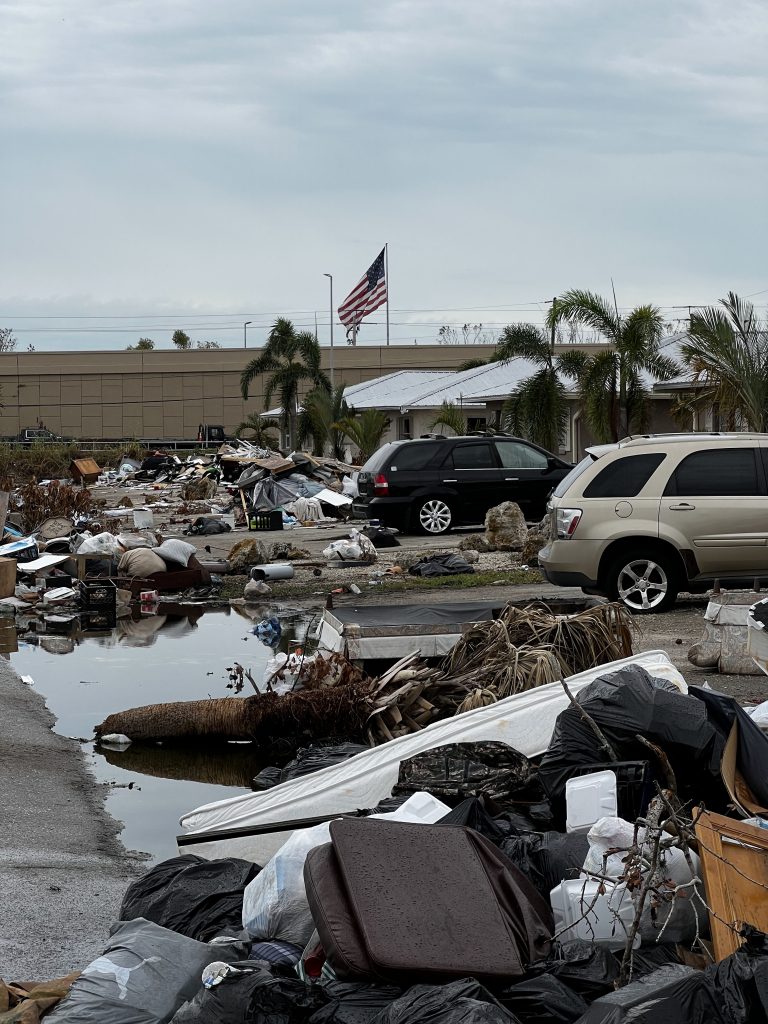 When Hurricane Ian reached landfall in October and ripped through the west coast of Florida people sprung into action to help with disaster relief. Two Ibis residents set out to make a difference and help our neighbors on the west coast.

COMING TOGETHER & STICKING TOGETHER FOR OUR FRIENDS ON THE WEST COAST
The day after Hurricane Ian decimated the West Coast of Florida, 20 real estate agents from Echo Fine Properties got on a zoom call to try and figure out how they could help. That was when they heard a story of a man in Philadelphia who started a charity during the pandemic called Bread Drop, making Peanut Butter & Jelly Sandwiches. Many of ECHO’s agents and their families committed to starting a PB&J factory out of their homes. 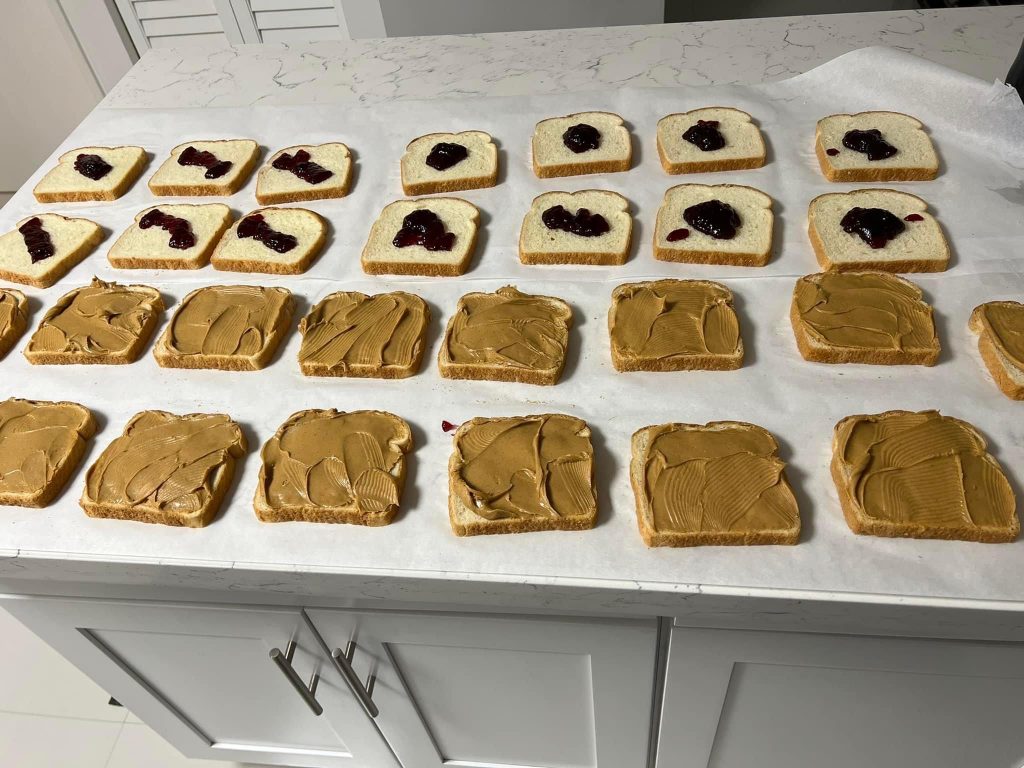 Jon Hazman decided he needed to do more. He set out to make 1000 Peanut Butter & Jelly sandwiches here at Ibis and deliver them to the west coast hurricane survivors that needed them the most. PB&J sandwiches are a sustainable food and full of protein. Who doesn’t love a good PB&J sandwich? They had been very well received by various church groups & homeless shelters prior to when Jon decided they needed to do more. 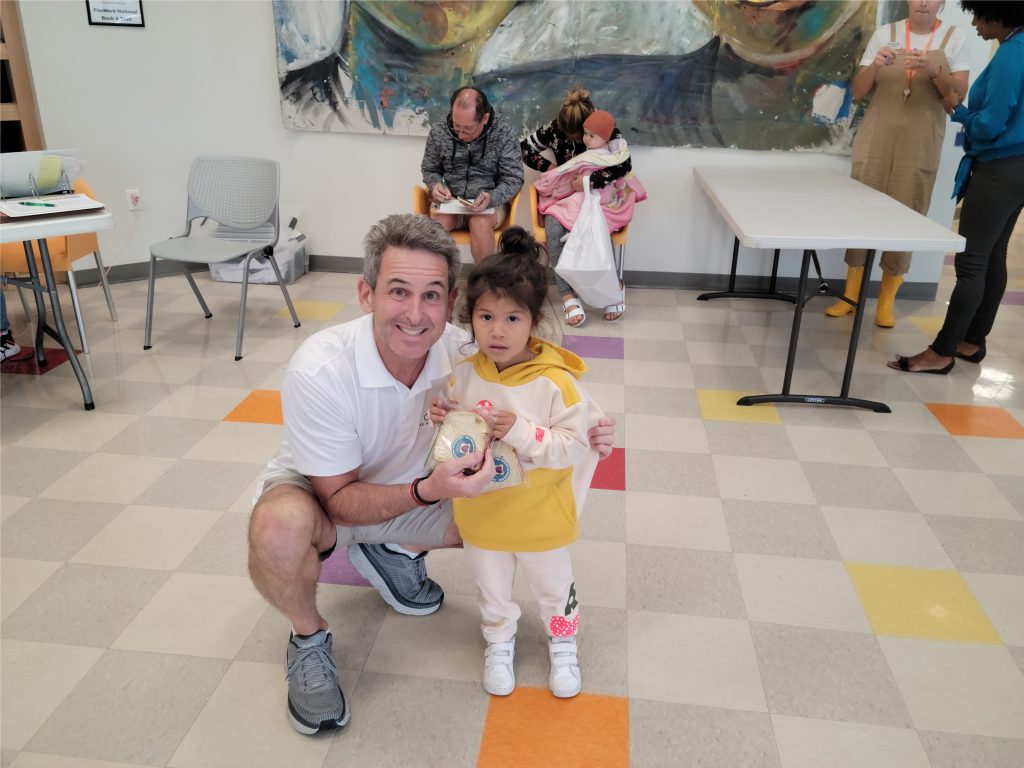 On Monday, October 17th he rented out the Palm room at the Club, to create a PB&J assembly line. His goal was 1000 sandwiches. Jon posted the request online and asked residents to bring the following:
1 jar of peanut butter
1 jar of grape jelly
1 loaf of bread

The response was overwhelming with over 100 people showing up and many many more dropping off sandwiches they made at their homes. He provided ziploc bags and stickers as that is required of all donations. Jon far exceeded his goal and over 2050 sandwiches were made in just that afternoon. 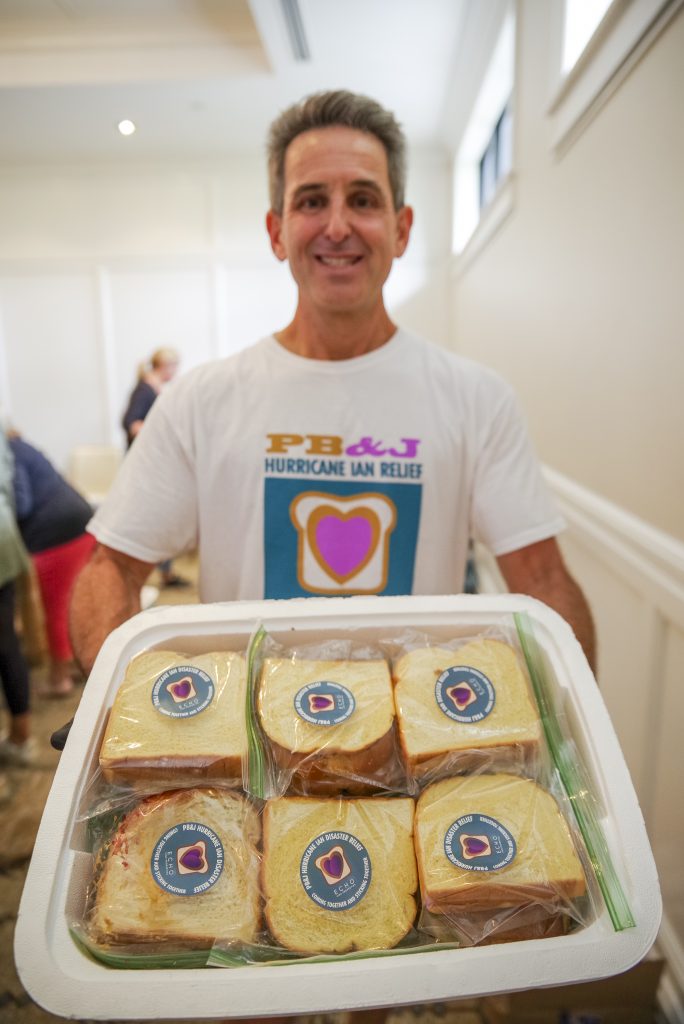 He drove the sandwiches along with thousands of others that had been made to the west coast and continues to make deliveries of the home made sandwiches.

Jon is most appreciative of the generosity of our club members, “Being a member of a fabulous team at Echo Fine Properties and seeing the quick work we did as a company to help out Ian relief efforts, gave me the inspiration to do the same and lead an effort at the Club at Ibis. Our Ibis community is one of the most close-knit communities I’ve ever lived in. We realize how lucky we are to live in such a beautiful place, what blessed lives we all have, and how Hurricane Ian could easily have ripped through our community. But it didn’t, so now we have to help our neighbors, friends and family on the West Coast. I couldn’t be more impressed with the response we have received. So proud of our community.” said Jon.
You can learn more about their efforts at https://www. echofineproperties.com/pbj/ 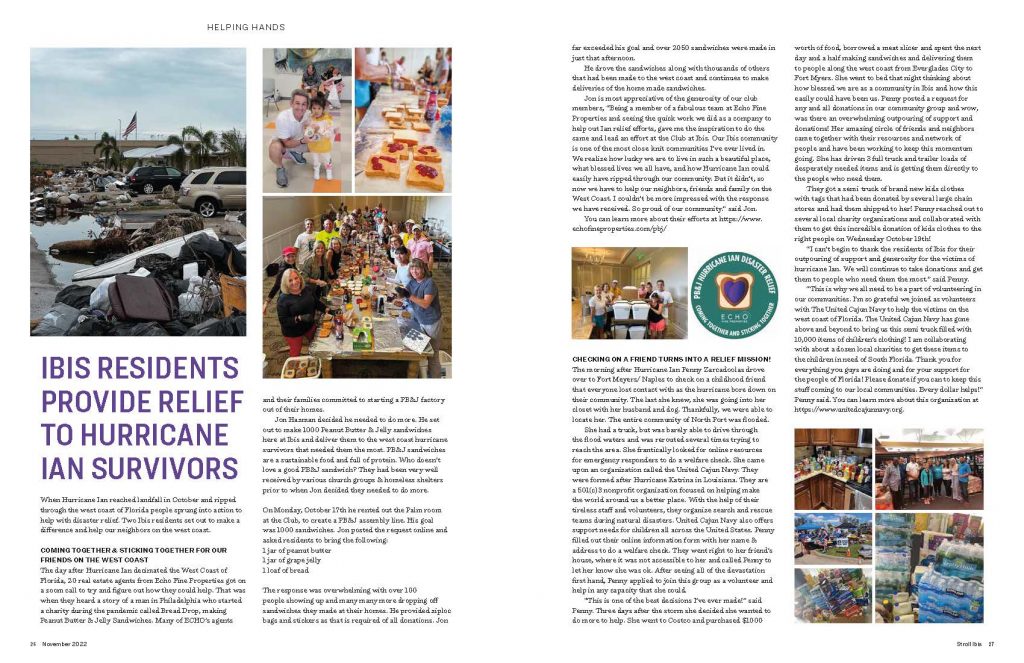