The cast-stone and gold-plated lettered signage are along the super high visible streets of Alternate A1A in Jupiter and Donald Ross Road which straddles both Jupiter and Palm Beach Gardens. Originally a Ritz-Carlton development, the original smaller entrance sign was on Donald Ross Road and was shared with The Bear’s Club. The Bear’s Club has only 68 residents and they are a who’s who of celebrities who like to keeper a lower profile, like Michael Jordan and his massive estate.

Donald Trump purchased the club in 2012. The facility has 74 resident estates, a golf course, a clubhouse, and hosts lavish parties and weddings. Donald Trump recently held a memorable press conference there where he showcased Trump Water, Trump Steaks, and a host of other Trump products.

Trump National kept a lower profile as well but recently had the small sign defaced. While that was fixed, these huge 27-f00t super wide Trump signs just popped up. Love Trump or hate him you have to give credit for getting this though. 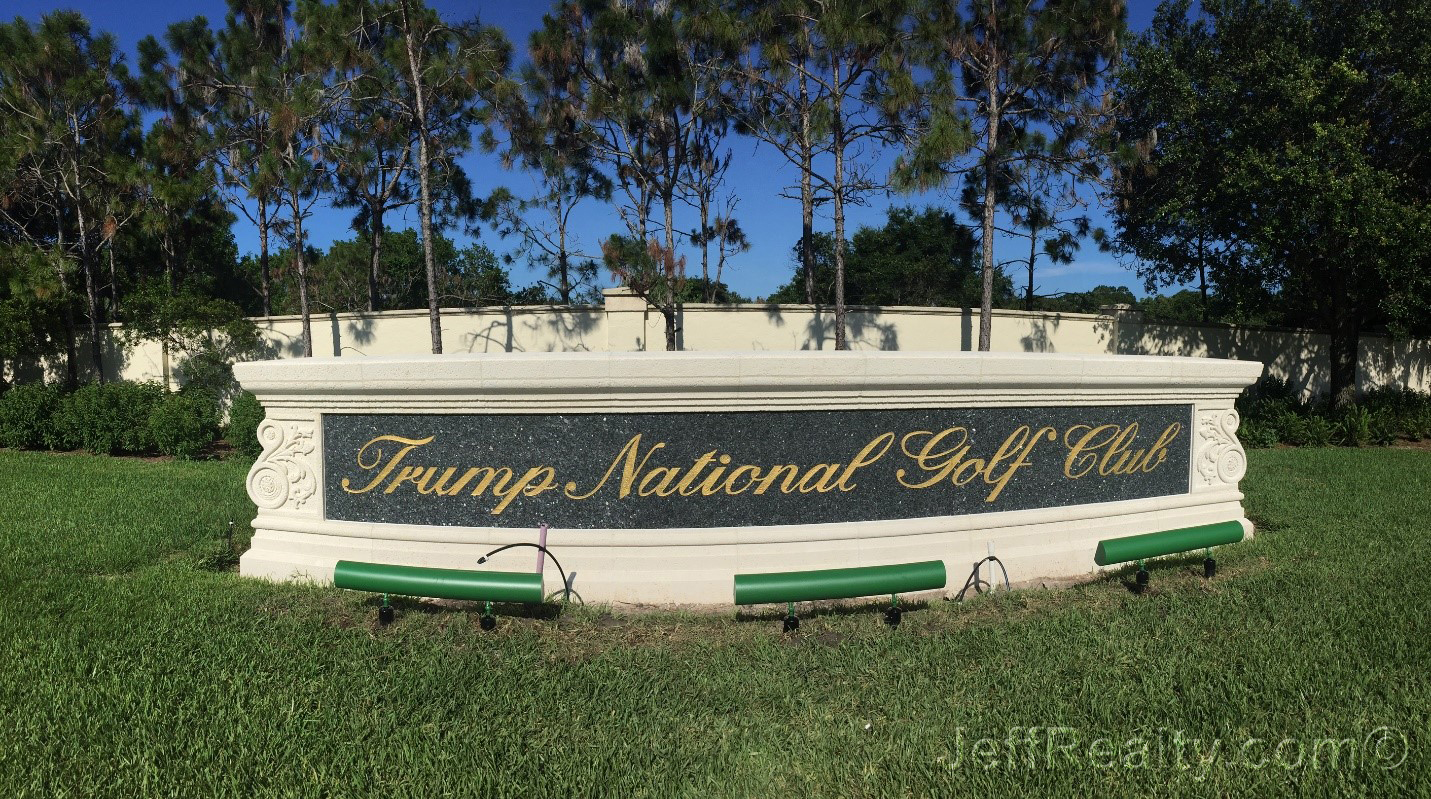 Open Houses Tomorrow in Beachcomber, Eastpointe & The Marina at The Bluffs